I AM A MASSIVE BUZZFEED UNSOLVED STAN. What can I say? I just love Shane and Ryan with all of my heart. I’d let myself be possessed by a demon if it meant saving their lives. I’d step in front of a flying bullet coming from a mob they’d pissed off if it meant they could continue making their amazing content. #AllHailTheWatcher

But for all of you Shaniacs and Boogaras out there craving more BUN goodness, I’ve compiled a little list of books you can go on to read, based on your favourite episode! Well, these are just four of my favourites, and I hope you liked these ones as well. Is there anything better than a good old fashioned mystery? I DON’T THINK SO.

Well, maybe a ghost. Ghosts are cool. I would very much like to meet a ghost please. 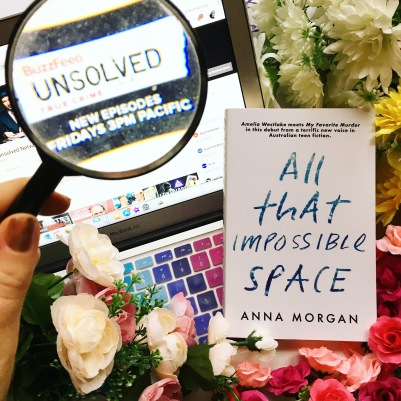 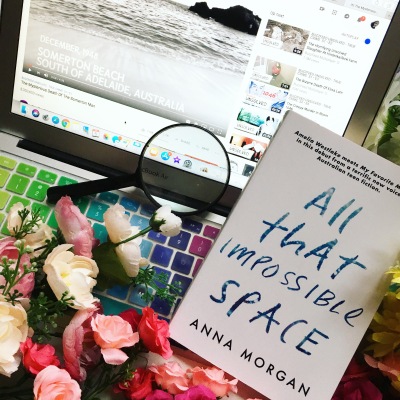 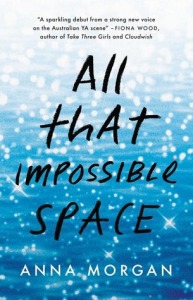 The mystery of the Somerton Man was the first Buzzfeed Unsolved episode I’ve ever watched, and before I saw the episode, I’d never even heard of him. It’s hard not to be fascinated by this particular mystery, whereby an unknown man with no identifying tags or IDs on his person was found dead on a beach in Adelaide. So when I heard this #LoveOzYA novel wrote about this particular mystery, I was instantly sold! And wow, it was absolutely phenomenal. I was hooked from page one, and I devoured all of All That Impossible Space in 24 hours.

But apart from how much I loved how the mystery of the Somerton Man was interwoven with the rest of the story, another aspect I adored was the friendships. Lara has a best friend who doesn’t really allow her to be herself 100% of the time, and Anna Morgan explored the toxicity of friendships really well in that way, and Lara also meets a new girl at her school who she becomes friends with. I loved seeing these relationships change and evolve throughout the narrative. It felt so real and honest, and it was just superb. I have nothing but the highest of praise for this book! 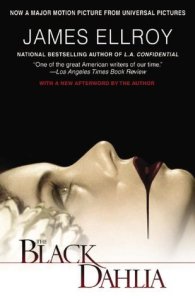 Another one of my favourite Buzzfeed Unsolved episodes is about Elizabeth Short, who’s also known as the Black Dahlia. Elizabeth was found murdered in a Los Angeles neighbourhood, whereby her case became highly publicised because of the graphic nature of the crime and thereafter because of the lack of a conviction. It’s both a gruesome and fascinating crime to investigate.

For those of you who can’t get enough of this particular unsolved crime, there’s a book called The Black Dahlia that I think is very up my alley. I believe it’s set after Elizabeth’s death, and it revolves around the investigation and the quest to find out what really happened. Plus, I love books set in 1950s era America, so I think it would be really atmospheric and intriguing. I need to hunt this one down ASAP! 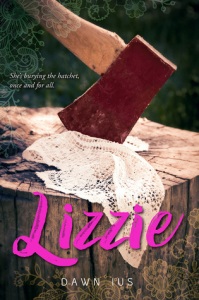 The Lizzie Borden crime is one that’s become intrenched in American pop culture mythology, and there’s been numerous films and books written about her life. She was tried in court for the axe murders of her father and stepmother, but she was acquitted. Since the murders that occurred nearly 127 years ago, there’s been widespread controversy surrounding the suspects and Lizzie’s guilt / innocence.

One of the books I’ve been really curious about reading to learn more about Lizzie is of course, Lizzie! Besides the facts of the murder, I realised that I don’t really know anything about her. While this book is fictional, it does draw on the facts from her life and the case, which I think will be really interesting. I’m looking forward to picking this one up soon! 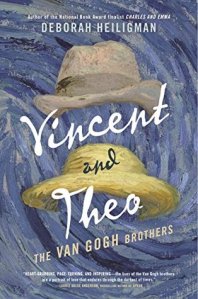 I was so excited that Buzzfeed Unsolved covered the death of Vincent Van Gogh in the finale of last season because he’s my favourite artist of all time and there’s always been an element of mystery surrounding his death. It’s been popularised by the media and the portrayal of the ‘tortured artist’ that he died by suicide, but this episode also explored the possibility that he was accidentally shot by two boys from his village and never said anything to protect them. Hearing about this plausible answer to the mystery was really fascinating and it made me want to read even more about Van Gogh.

A book that’s been on my TBR ever since it was released is Vincent and Theo, which is a book all about the friendship between the two brothers. I’ve learned a bit about Theo when I read a biography about Vincent, but I’m really keen to get my hands on this novel. They seem like they were so close and Theo was always there for Vincent, and those two brothers are just so wholesome. I LOVE THEM BOTH SO MUCH.

Do you watch Buzzfeed Unsolved? What’s your favourite unsolved mystery? Which mysteries would you like to see more books about? Are you a Shaniac or a Boogara? I’d love to know!

Thanks to Hachette Australia for providing me with a copy of All That Invisible Space to review!