It’s almost that time of the year again! The time where gorgeous pictures of rainbow book stacks take over the bookstagram community, booktubers recommend all their favourite queer novels, and bloggers participate in epic reading challenges. That’s right! It’s almost Pride Month! And gosh, I could not be more excited.

But to celebrate Pride Month, there are a few bookish things in particular that I always love doing! Hold onto your Pride capes and get ready to throw some glitter, folks, because things are about to get real queer over here!

There are always too many books to read and too little time, right?! These are just a few of the new and upcoming queer releases I’m looking forward to reading this Pride Month! They all sound spectacular, and I hope my little list helps you add some more LGBTQIAP+ to your to-read shelf.

First Son Alex Claremont-Diaz is the closest thing to a prince this side of the Atlantic. With his intrepid sister and the Veep’s genius granddaughter, they’re the White House Trio, a beautiful millennial marketing strategy for his mother, President Ellen Claremont. International socialite duties do have downsides—namely, when photos of a confrontation with his longtime nemesis Prince Henry at a royal wedding leak to the tabloids and threaten American/British relations.

The plan for damage control: staging a fake friendship between the First Son and the Prince. Alex is busy enough handling his mother’s bloodthirsty opponents and his own political ambitions without an uptight royal slowing him down. But beneath Henry’s Prince Charming veneer, there’s a soft-hearted eccentric with a dry sense of humor and more than one ghost haunting him.

As President Claremont kicks off her reelection bid, Alex finds himself hurtling into a secret relationship with Henry that could derail the campaign and upend two nations. And Henry throws everything into question for Alex, an impulsive, charming guy who thought he knew everything: What is worth the sacrifice? How do you do all the good you can do? And, most importantly, how will history remember you? 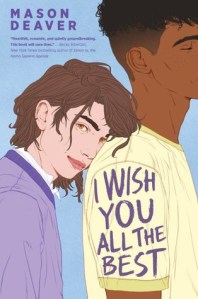 I Wish You All the Best

When Ben De Backer comes out to their parents as nonbinary, they’re thrown out of their house and forced to move in with their estranged older sister, Hannah, and her husband, Thomas, whom Ben has never even met. Struggling with an anxiety disorder compounded by their parents’ rejection, they come out only to Hannah, Thomas, and their therapist and try to keep a low profile in a new school.

But Ben’s attempts to survive the last half of senior year unnoticed are thwarted when Nathan Allan, a funny and charismatic student, decides to take Ben under his wing. As Ben and Nathan’s friendship grows, their feelings for each other begin to change, and what started as a disastrous turn of events looks like it might just be a chance to start a happier new life.

Elouise (Lou) Parker is determined to have the absolute best, most impossibly epic summer of her life. There are just a few things standing in her way:

* She’s landed a job at Magic Castle Playland . . . as a giant dancing hot dog.
* Her crush, the dreamy Diving Pirate Nick, already has a girlfriend, who is literally the Princess of the park. But Lou’s never liked anyone, guy or otherwise, this much before, and now she wants a chance at her own happily ever after.
* Her best friend, Seeley, the carousel operator, who’s always been up for anything, suddenly isn’t when it comes to Lou’s quest to set her up with the perfect girl or Lou’s scheme to get close to Nick.
* And it turns out that this will be their last summer at Magic Castle Playland–ever–unless she can find a way to stop it from closing. 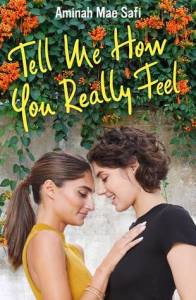 Tell Me How You Really Feel

Sana Khan is a cheerleader and a straight A student. She’s the classic (somewhat obnoxious) overachiever determined to win.

Rachel Recht is a wannabe director who’s obsesssed with movies and ready to make her own masterpiece. As she’s casting her senior film project, she knows she’s found the perfect lead – Sana.

There’s only one problem. Rachel hates Sana. Rachel was the first girl Sana ever asked out, but Rachel thought it was a cruel prank and has detested Sana ever since.

Told in alternative viewpoints and inspired by classic romantic comedies, this engaging and edgy YA novel follows two strongwilled young women falling for each other despite themselves. 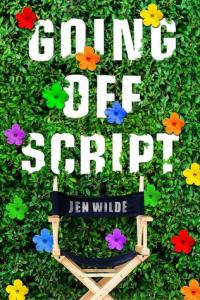 Seventeen-year-old Bex is thrilled when she gets an internship on her favorite tv show, Silver Falls. Unfortunately, the internship isn’t quite what she expected… instead of sitting in a crowded writer’s room volleying ideas back and forth, Production Interns are stuck picking up the coffee.

Determined to prove her worth as a writer, Bex drafts her own script and shares it with the head writer―who promptly reworks it and passes it off as his own! Bex is understandably furious, yet…maybe this is just how the industry works? But when they rewrite her proudly lesbian character as straight, that’s the last straw! It’s time for Bex and her crush to fight back. 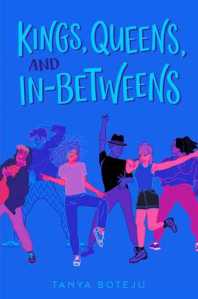 Perpetually awkward Nima Kumara-Clark is bored with her insular community of Bridgeton, in love with her straight girlfriend, and trying to move past her mother’s unexpected departure. After a bewildering encounter at a local festival, Nima finds herself suddenly immersed in the drag scene on the other side of town.

Macho drag kings, magical queens, new love interests, and surprising allies propel Nima both painfully and hilariously closer to a self she never knew she could be—one that can confidently express and accept love. But she’ll have to learn to accept lost love to get there.

YAAAS! Making rainbows out of colourful books is honestly my favourite thing in the entire world. It’s just so pretty *sobs quietly*. Whether you’re the type of bookstagrammer that shows off their socks, or maybe you prefer to bake something extravagant, show them off in your photos! I have the COOLEST rainbow knee-high socks that I especially love wearing in June. EMBRACE BEING A WALKING RAINBOW, MY FRIENDS!

Tell your favourite queer author how much you love their work!

It might not seem like a lot, but sometimes even just tweeting at an author and telling them you enjoyed their book, or even doing the old fashioned thing and sending them a nice email really goes a long way! I know a lot of authors who express how much they appreciate a few kind words. So next month during Pride Month, I hope all of you reading this will reach out to an author you love and tell them how much their work means to you! It will make their day. Trust me.

Boost the voices of queer bloggers / booktubers / bookstagrammers you admire!

The best thing about our community is how supportive everyone is of each other! I really admire the way people go out of their way to recommend checking out other diverse voices in the community and seek their opinions, especially when it comes to #OwnVoices reviews. So June is a particularly important time for boosting the voices of queer bloggers / booktubers / bookstagrammers!

Some of my favourite queer influencers include Jes from Geek with a Hat, Molly from Bi Bookish Babe, Fadwa at Word Woonders, Lili at Utopia State of Mind and Alice from Married to Books. You can check out some other amazing queer bloggers on this post from Molly!

Participate in a reading challenge!

Next month until August, I’ll be participating (and co-hosting!) the Queers Gone By Reading Challenge, created by @bibookishbabe! There are a ton of really great prompts inspired by amazing queer women throughout history, right up to the present day. You should definitely join us in participating! It’s going to be such a fun couple of months, and there are some really great prizes to be won as well.

For more information on the challenges and the rules, check out this post! I’ll be sharing some of my reading recommendations over on my Twitter throughout the challenge. I’d love to hear what you’re planning on reading as well! If you’re stuck on thinking about which queer novels to read, check out these awesome posts full of queer YA recs:

The queer women I’ve created challenges for are Marlene Dietrich and Hannah Gadsby. You can check them out below and start planning your TBR if you like! I’m already super excited to be checking out some new queer reads.

Do you celebrate Pride Month? What are some of your favourite queer YA releases of 2019 so far? What other books are on your TBR? Are you planning on doing any Pride Month reading challenges? I’d love to know!