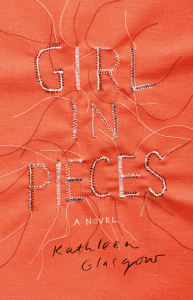 Charlotte Davis is in pieces. At seventeen she’s already lost more than most people lose in a lifetime. But she’s learned how to forget. The broken glass washes away the sorrow until there is nothing but calm. You don’t have to think about your father and the river. Your best friend, who is gone forever. Or your mother, who has nothing left to give you.

Every new scar hardens Charlie’s heart just a little more, yet it still hurts so much. It hurts enough to not care anymore, which is sometimes what has to happen before you can find your way back from the edge.

A deeply moving portrait of a teenage girl on the verge of losing herself and the journey she must take to survive in her own skin, Kathleen Glasgow’s debut is heartbreakingly real and unflinchingly honest. It’s a story you won’t be able to look away from. 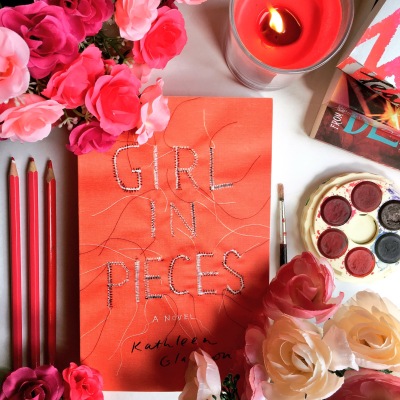 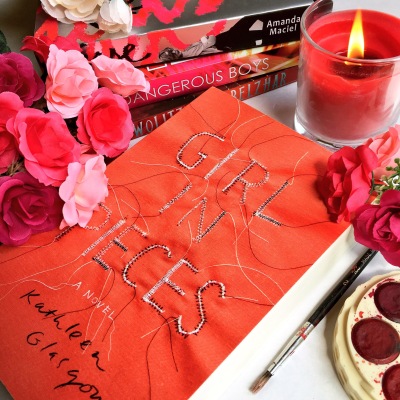 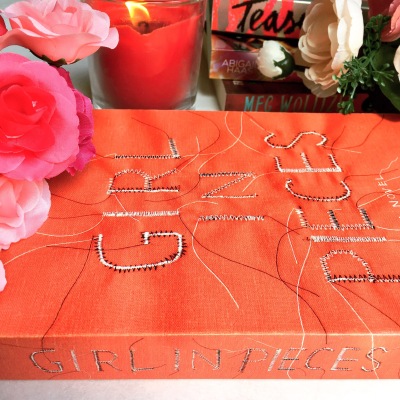 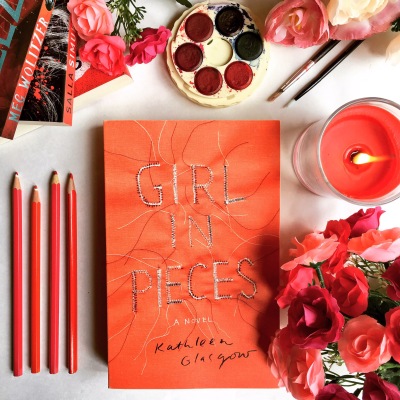 Please be advised that this review contains mentions of suicide and self-harm.

Like many other people who choose to pick up Girl in Pieces, the issues and themes that are discussed with such candour are very close to my heart. For people who have experienced losing someone to suicide, have struggled with suicidal thoughts themselves, have worn their pain on their bodies, have fought with a mental illness or have simply just felt irrevocably alone at one point, this poignant and heart-wrenching novel is one that is sure to strike a chord. While I could tell you all about my life and the ways in which I found pieces of myself in Charlie, I’m not going to do that because the issues that are dealt with in Girl in Pieces are far bigger than myself. Instead, I’m going to share some facts with you.

As Kathleen Glasgow mentioned in her Author’s Note, it is estimated that one in every two hundred girls between the ages of thirteen and nineteen self-harms — but that’s only based off what gets reported. Self-harm is the deliberate act of injury to oneself as a way of coping with emotional turmoil of any kind. Abuse. Bullying. Helplessness. Addiction. Sadness. Self-harm is not a cry for attention. Self-harm is does not necessarily mean one is suicidal. But most importantly: those who self-harm are not alone. You are not alone.

When I first decided to read Girl in Pieces, I was slightly nervous as to whether the serious nature of the issues discussed would be realistic or overly clichéd, triggering or fake. However, I was relived to find that Glasgow didn’t shy away from the gritty and raw topic of self-harm and wrote about it in such a way that clearly conveyed not only her genuine understanding of how self-harm can manifest, but also her honesty and courage in not shying away from the complex and often confronting aspects of self-injury, such as the negative-self talk and emotions that accompany it, as well as the reasons one may justify their actions. Glasgow’s refusal to skirt around the edges and instead write about self-harm unashamedly and boldly is something that must be commended. We need more honest discussions about self-harm and suicide. It’s time to end the stigma.

But Girl in Pieces not only discusses self-harm. It also boldly takes on issues such as sexual assault, violence, alcoholism and drug use in a way that reveals Glasgow’s own strength and refusal to remain silent about the issues that are too often absent in YA novels. It’s so important to have a book like Girl in Pieces because it captures the essence of life itself: there are undeniably hard times, and times when you might feel like giving up, but amongst those times of hardship there are stunningly glorious moments and we shouldn’t sacrifice the possibility of things getting better by ending it before it has the chance. If I were to take away just one thing from this powerful and moving novel — which would be quite difficult because Girl in Pieces offers so many messages in varying degrees — it would be that there is always, always hope, and life is truly angelic. If you stick around long enough, you’ll realise that. And you’ll also realise that you are more important than you ever would believe.

As the novel begins, we are introduced to a girl named Charlie who has lived through abuse, lost her closest friend and survived a suicide attempt — all of which are incredibly painful to even imagine, let alone being thrust into her shoes like Glasgow does to us right from the very first page. While her story is undeniably a dark one, where Girl in Pieces succeeds in being not just ‘another sad book’ but is actually something truly momentous and transcends the barriers of your average YA novel is that it highlights that amongst the pain and suffering, there is also incredibly beauty to be found. Whether that be in Charlie’s art or the friendships she forms, or even just in the faint echoes of a smile, it proves that life isn’t just defined by the ‘bad stuff’. One of the most rewarding parts of being taken along on this journey with Charlie was seeing her eventually realise that you aren’t just a sum of everything tragic that’s happened to you. You have the ability to become anything, or anyone, or to simply become happy.

Glasgow’s unique writing style was another aspect of this novel that really made it stand out from anything else I’ve read and allowed me to finish it knowing that it had become one of my favourite books of 2016, if not on my short list of all-time favourites. The chapters are short and sweet, broken up by a little doodled stitch-like asterisms, and the sentences themselves are almost haunting and lyrical in parts, and in others they’re sharp and raw, conveying more emotion by using few words rather than many. This novel brought me to tears, made my heart swell with hope, and ultimately left me with the bittersweet knowledge that, like these characters, I could go on and conquer the world. Girl in Pieces is a book that will definitely stay with me for quite some time to come. Charlie’s story is so touching and so compelling, and it’s one that will sear itself on your heart and leave you slightly different from when you opened up the book for the first time.

Ultimately, Girl in Pieces is a raw and powerful novel that leaves readers with the understanding that they are not as alone in the world that they might have thought, and that there is always, always hope. Charlie’s story of her strength and courage, and indeed that of Kathleen Glasgow, will definitely stay with me for quite some time to come. I can’t recommend this poignant and honest novel enough.

Have you had the chance to pick up a copy of Girl in Pieces yet? What are some of your favourite mental health-related novels? Do you read many books that deal with similar heavy themes? Do you think you have to be in a particular mindset to pick up a book like this one? I’d love to hear your thoughts!

Thanks to HarperCollins Australia for providing me with a copy of this book in exchange for an honest review! 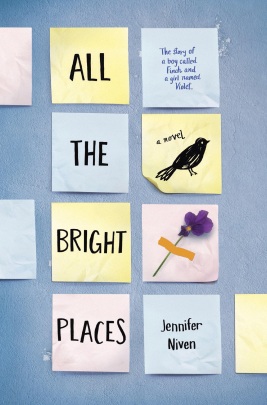 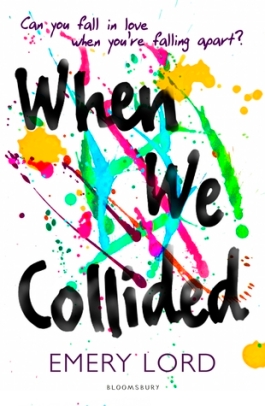 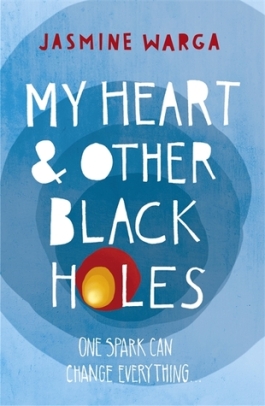