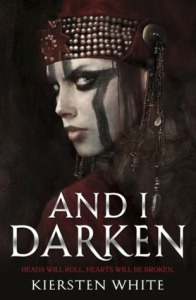 And I Darken, written by Kiersten White, is the first instalment in an epic new trilogy starring the ultimate anti-princess who does not have a gentle heart.

No one expects a princess to be brutal. And Lada Dragwyla likes it that way.

Ever since she and her brother were abandoned by their father to be raised in the Ottoman sultan’s courts, Lada has known that ruthlessness is the key to survival. For the lineage that makes her and her brother special also makes them targets.

Lada despises the Ottomans and bides her time, planning to wreak revenge on the empire that holds her captive. Then she and Radu meet the sultan’s son, Mehmed, and everything changes. Now Mehmed unwittingly stands between Lada and Radu as they transform from siblings to rivals, and the ties of love and loyalty that bind them together are stretched to the breaking point. 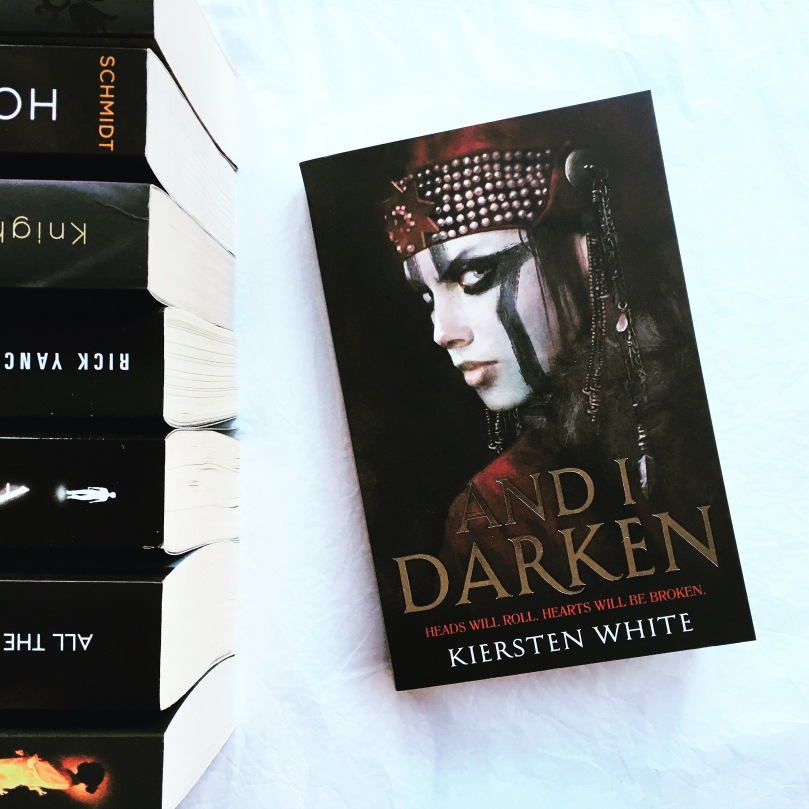 And I Darken was everything I expected from that vicious-looking cover — our protagonist was strong and snarky, the setting and surrounds were harsh and unforgiving, and the story itself demanded your full attention and hooked you in from the very beginning. While this might seem like another Throne of Glass or Ruined, I was completely blown away by how original and compelling it was. Never before have I read a novel set in that region of the world, and that was definitely one of my favourite aspects and was one that gave And I Darken the unique twist it required to make this book absolutely unforgettable. It’s dark and gritty, and it will fill you with the same passion and ambitious fury that our fantastic and unpredictable heroine possesses.

A particularly interesting aspect of this novel is its completely unconventional setting. Placed in Eastern Europe, it’s history-based and feels incredibly authentic. I don’t know much about that time or that region, but I loved learning more about the power dynamics and the different roles people played. While I’m not usually too keen on venturing into the unknown realms of the past or cultures that are vastly different from those that we have today, I found myself completely enthralled by this ancient and previously unimaginable place. I was dropped right into the landscape and found that it formed seamlessly around me, and I was able to picture every detail. I couldn’t be more impressed by the world-building.

There’s something you should know before you get into this book — it’s not fantasy. A lot of novels have been going down the historical-fantasy path recently and so you shouldn’t mistake And I Darken as one of them. While the characters are gender-swapped, whereby Vlad the Impaler became Lada the Impaler, it’s more historical fiction being retold in a captivating and unique way. So don’t launch into this one thinking you’ll be finding magic and dragons, okay? None of that; though Lada’s savagery could be compared to that of a dragon, and this book in itself is pretty magical.

While I loved how historical this novel was and it definitely taught me a lot about that era and that empire, sometimes it felt like there was too much information being shoved down my throat. There was a lot of politics in this book, and sometimes it felt quite dry because I simply couldn’t keep a track of who wanted to stab who. It was disappointing that all of these facts seemed to drown out the story sometimes and made us lose track of what was actually meant to be happening. Because of that, some parts of this novel felt quite slow and it didn’t feel paced evenly. The beginning and the ending were hardcore, but there were some parts in the middle that felt bogged down by the intent of being historically accurate and conveying everything that was happening to the reader. And history is confusing.

My favourite thing about And I Darken is how vicious our protagonist, Lada, is. There’s none of that half-baked anti-heroine thing going on here — Lada is fierce and feisty, and won’t take no for an answer. I don’t think I’ve ever read about a character who was as feral and wild as she was. She begins the novel as someone who is resilient and strong-willed, and we see her grow and become someone even more cold and calculating and cruel. Lana’s disdain for women and her confused feelings about whether she should accept or deny her femininity was really interesting. She knew what it meant to be a woman in her world, and her journey is all about her revelation that there are different kinds of power, and women certainly have their way of wielding it, even when they’re oppressed and demoted in this society. Feminism just radiates from this empowering and unforgiving novel.

The family relationships are really interesting to read about in this book. Ultimately, Lada’s brother, Radu, wants his sister to be proud of him, and Lada wants her father’s approval. The brother-sister relationship was really sweet to see — even though there was always a fine line between Lada being annoyed at him and protecting him. But ultimately, we saw that beneath her feisty exterior, there was a part of her that was fiercely protective and filled with such love for her brother, determined to save him from harm.  Even though Radu had spent his childhood being abused and neglected, mainly by Lada, he was still such a kind and gentle character whose weakness made him all the more loveable.

Ultimately, And I Darken is a dark and gritty novel about the bond between siblings, the operations of the Ottoman empire, and that sometimes you have to fight to get treated fairly and battle to have your voice heard. Although some parts were a little slow, it provided time for character development and gave me the time to fall in love with these beautifully written and vivid people.

Have you had the chance to read And I Darken yet? Do you read much historical fiction? Were you expecting this novel to be a fantasy? Were you a fan of the author’s choice to do a gender swap? Did you like Lada’s viscousness? Did you find the pacing too slow? I’d love to know! 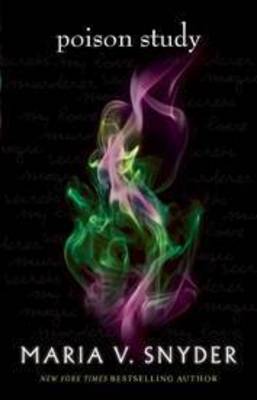